I haven’t reviewed a book since high school. How does this work again? 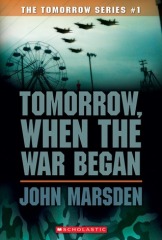 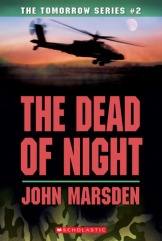 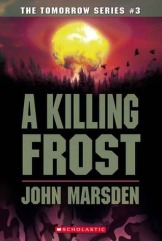 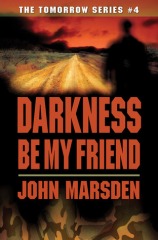 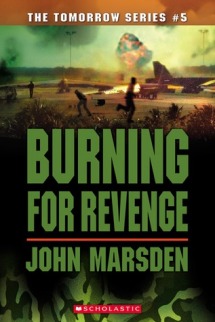 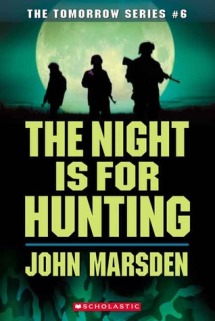 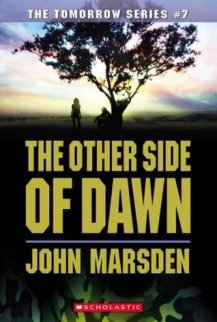 “I should review John Marsden’s Tomorrow Series,” I said. “Because it’s awesome and not nearly popular enough.”

So that’s what I’m going to do. Just to be clear, I have no illusions that this review will make the series’ popularity skyrocket. Also, I have little to zilch experience reviewing books, although I read them with a rapaciousness that would put any bibliophile to shame.

John Marsden’s fantastic series consists of seven books. That’s right, folks. Seven. It is an intimidating number and I almost didn’t read it for that purpose. Who wants to stick with the same story for the duration of seven books?

Though it pains me to quit any series once I’ve started, I promised myself I’d abandon the endeavor after the first book if the story was less than excellent.

But a few pages in I discovered the answer to the question above: Me.
I want seven of these books.
Or eight. Even nine, really.

Set in modern-day rural Australia, the first book, Tomorrow When the War Began, opens with a group of seven (seven, again?) friends setting out on a camping trip in the bush. Because they are determined and adventurous, they find their way into an uninhabited area known as Hell. Sounds fun, right?

One night while they’re camping, dozens of planes fly overhead; but it’s Commemoration Day and they assume the planes are part of the celebration. When they return home several days later however, all their families are gone, the power is out, and the phone lines are down. It doesn’t take long for them to realize that Australia has been invaded and they are in a heap of trouble.

Each book is told from Ellie Linton’s point of view. She’s a typical rural seventeen year old girl. Her family raises sheep and she has grown up in the bush. The others—Homer, Fi, Robyn, Lee, Corrie, Kevin—were all either raised in the small town of Wirrawee or on ranches in the bush like Ellie. Regardless of their upbringing, they’re all just kids caught in a terrible situation. By a twist of fate, they are free while their families are prisoners of war.

The characters are phenomenal in that they are three-dimensional and transform with each book. They are, for lack of a more imaginative description, completely human. Sometimes I despised them for their selfishness and other times I applauded their courage, but always I felt that they could be me or anyone else who found themselves in that situation.

Despite their fear and uncertainty, this group of young people decides that they must take action whatever the repercussions may be. Through a combination of luck, ingenuity, and good-old-fashioned chutzpah, they accomplish some things that will leave any reader cheering. But, as in real life, it all comes at a cost.

Over the course of their story, they lose members of their group, endure imprisonment, face periods of boredom that threaten to drive them to madness, experience times of illness and hunger and injury that drain the life from them, have a time of reprieve that leaves them feeling guilty and useless, and encounter a multitude of impossible decisions.

What sold me on these characters and this story is the imperfection of it all. None of these unconventional heroes escape fear or cowardice altogether. They each deal with the darker sides of themselves—and war—on a daily basis. There is no sugarcoating or contrived justice. It’s raw and sad and utterly, beautifully human. That’s why I loved it.

A side note on the main character, Ellie: She is a real girl. Conflicted, bossy, afraid, bold, competitive, compassionate, insecure, lonely, confused, loving, kind, selfish, but always trying to do what is right even when she has no idea what that may be. She is strong. Not “strong for a girl.” Just strong. She makes bad decisions and owns up to them in spite of her pride. She learns from her mistakes. She falls apart and holds herself together. She makes most other protagonists—male and female—look like limp, unfeeling ghosts of real people. Her character alone makes the books worth reading.

I laughed and cried several times, such was my connection to these fictional people. The ending is satisfying—not picture-perfect and certainly not how we wish it would be—but realistic and happy nonetheless. There is another trilogy that Marsden wrote called The Ellie Chronicles that deals with the group’s life after WWIII, but I haven’t read it yet. I will though, because ten books about these characters is even better than seven. 😉

Although it is a Young Adult series, it should be recommended discerningly as it contains a lot of violence, extreme emotional distress, and some sexual situations (though not graphic or gratuitous, definitely inappropriate for young’uns).

Altogether, I give the series 4.5 out of 5 stars. Here is the link to John Marsden’s Goodreads page—you know, to make it easier for you to add his books to your “Want to Read” list. 😉

Any pointers on writing a good book review?
Google was virtually useless in this area.